The Media’s Interest in Prurient Matters 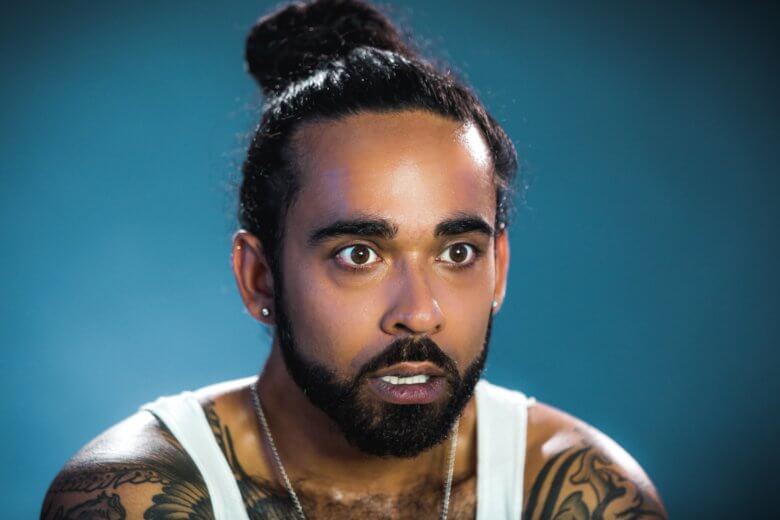 I returned home late last evening and queued up my computer for the last of my late night routines, checking my email and the latest news. Like most of the rest of you I was saddened if not shocked to see in the flickering half-light of my monitor the top news story on cnn.com – “6 Killed on Northern Illinois Campus“. To the right of the grim accompanying picture were a short series of bulleted headlines, all conveying the sort of serious, need-to-know information one would expect from one of the world’s top media outlets.

‘Brother Shotguns Sister’ read one, apparently showing that neither tact nor a rough knowledge of the workings of the English language are pre-requisites for a job writing copy for cnn.com. ‘Armed Man Terrorizes K-Mart Customers’ read another particularly salient headline, alerting me to a news story of vivid and serious importance which will no doubt have a meaningful and long term impact on my life.

Here’s an idea, free for the good people in the media who have done so much to enhance the quality and well-being of my life and the lives of the people around me. No need to worry about constantly having to update your website every time news happens, let alone pay someone to do some sort of an in-depth expose of an actual issue. Just change your website to one huge, constantly blinking headline blaring ‘CRAZY PERSON DOES HORRIBLE THING!!!!’

Make sure to include exactly that number of exclamation points.

I don’t mean to simply critique the state of the press in this country; doing so is redundant and simple, nuking fish in a bucket as it where. I have come to accept that the major media outlets provide coverage which is shallow and vapid, focused on the crass and violent to the virtual exclusion of everything else. But there is something so nauseatingly grotesque, so fundamentally immoral about the media’s use of each new school shooting that it needs to be set apart from the usual swill we are daily force-fed. Turn on any of the 24-hour news channels at any point in the next two weeks and you’ll be virtually guaranteed to see some variation of this scene.

Reporter Feigning Concern: “I understand you were a classmate of [Killer’s name] What light can you shed on why he might have committed this terrible, tragic act??”

Vaguely Confused College Student: “Uhhh… He was…. Uhhhh… quiet? I don’t know, I was in a Freshman-Survey class with him- there were like 150 students. He didn’t talk much. But then really it was mostly lectures so no one talked much. Was he Asian?”

Reporter Feigning Concern: “Fascinating. We’ll be back with more insight into the mind of the shooter after the break.”

Vaguely Concerned College Student: “When is this going to air? Hi Mom!”

Beyond the viscerally unpleasant reaction engendered by watching this dross for any length of time, one is forced to ponder the obvious possibility that perhaps the endless media focus on these horrible events, and moreover on the perpetrators behind them, might not have some effect on perpetuating these incidents.

The psychological portrait of spree-killers is well-documented and generally accurate. They are usually physically undesirable males, lacking well-developed social skills and feeling alienated from the world; they kill to revenge themselves on a populace which fails to recognize them while simultaneously ensuring that posthumously their names will ring from the mountaintops. This seems to be the case with Seung-Hui Cho, our countries’ erstwhile front-page psychopath, who left behind voluminous notation to the effect that, You may not have noticed the funny looking Korean kid in your English class, but G-d damn it, you will now.

And he wasn’t exactly wrong about that one was he? I mean you can quibble with his ultimate strategic aims but his tactical instincts seem to have been dead on, at least judging by the fact that I now know the name Seung-Hui Cho. In that sense he certainly doesn’t fit the conventional portrait of crazy. He was capable of planning and executing a fairly complicated scenario and moreover recognized the ultimate ramifications of his act; that his name would be known to millions, his motives pondered with absurd intimacy, his incoherent screeds analyzed by talk show hosts.

On a personal level there is something horrific, in my mind, about acquiescing to the death-wishes of a monster. But as an actionable policy I might casually suggest that playing into the hands of the killer might not be the best way to dissuade future mass-murderers bent on a similar purpose.

I appreciate, vividly appreciate, that it is not the duty of the media to proactively improve the character of their consumers, but rather to accurately reflect the nature of our society. But certainly some question as to the value of obsessing over every banal minutia of this horrific incident must be raised. What of mapping the killer’s route through the school, of interviewing everyone who ever knew him, in short, of the endless coverage this incident will no doubt provoke? To prepare us for future attacks? An absurd suggestion. The simple fact is that at any moment someone could walk into your office, or school, or local grocery store with a high powered rifle and kill you and everyone around you. We cannot harden every soft target in the world. To provide some insight into a new youth trend? Again, an absurd suggestion. Evil exists; it has been a fundamental aspect of the human condition since the beginning of time. It is not a current event. This latest incident might be grist for the mill of philosophers or psychologists, but it is not by any conceivable stretch of the imagination new.

Is the reason simply because people are talking about it, the old stand-bye ? People talk about what the media tells them to, that’s their G-d damn job. Mayhap I might ask that they do it in away which not only plays to the ugliest and most prurient aspects of our culture but glamorizes monsters in such a fashion as to create more.

Some of the Many Uses for Binaural Beats

Stock Show Meditations, Or a Buddhist at the Beef Palace

This site uses Akismet to reduce spam. Learn how your comment data is processed.